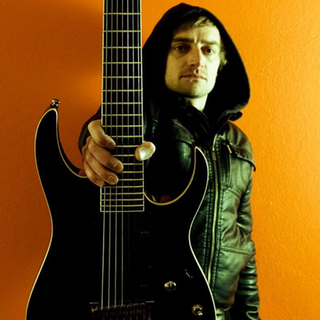 I started Jamming guitar when I was 15. I studied contemporary music for two years. I explored many areas of the music industry a bit later for 2 years where I wasn't playing that much. But guitar became who I am, not a hobby - a passion and returned to guitar full time in 2002.

Playing and Influences
I mainly play 6 and 7 string electric guitar. I enjoy many guitarists, bands and styles of music, but my preferred choice is Rock/Metal. Some of the bands and guitarists who have had the biggest influence on my guitar playing would be: Steve Vai, Joe Satriani, Greg Howe, Alexi Laiho, Paul Gilbert, Nuno Bettencourt, Yngwie Malmsteen, Bullet for my valentine, Killswitch Engage, Lost Prophets, Sevendust, Breaking Benjamin and Muse.

At GMC
You never stop learning, the instructors are world class and the community is great. You have everything you need to become the next virtuoso guitar player! Simply watching the videos isn't going to make you good, putting in the practice time after learning from the lessons is what's going to make you awesome!!

I think having a good balance between rhythm playing and lead playing is one of the key factors to being a great guitar player no matter what style of music you play. I hope to encourage and inspire you through my lessons to be the best you can be.