Lesson Series: “0 To 60, An Introduction to Alternate Picking” - Lesson 44 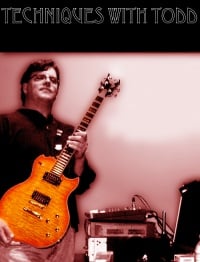 We are going to take two asymmetrical halves (essentially one ascending and one descending lick) and combine them in to one musical phrase. We are then going to work on various methods of playing it. Once we have it down, we are going to play it in a musical context against a backing track. I want you to see how you can build a lick and then how the lick can come alive when played with music.

Let's warm up a bit first.

Strike the open string and hammer on the next two notes. So one strike and two hammer ons for each 3 note group. 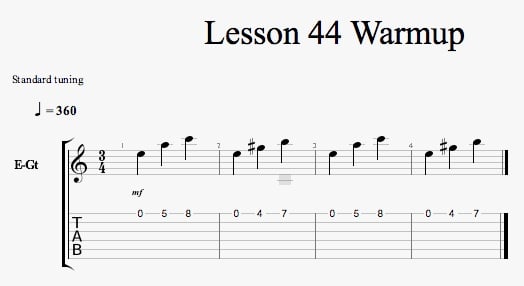 Lets move on to Part 1 of todays lesson. This is a two parter. Part A and B use different patterns. If you can play A and B back to back, great! If you want to play A and then B that's ok as well. Whatever works best for you. For parts A and B, keep a good palm mute and strike once per note. Avoid using legato.

Now lets play a different pattern on the way down. Mixing patterns like this in an asymmetrical way, is great practice for your brain to allow it to get used to playing different things in different directions instead of playing the same thing ascending and descending. Let's take a look at the second part. 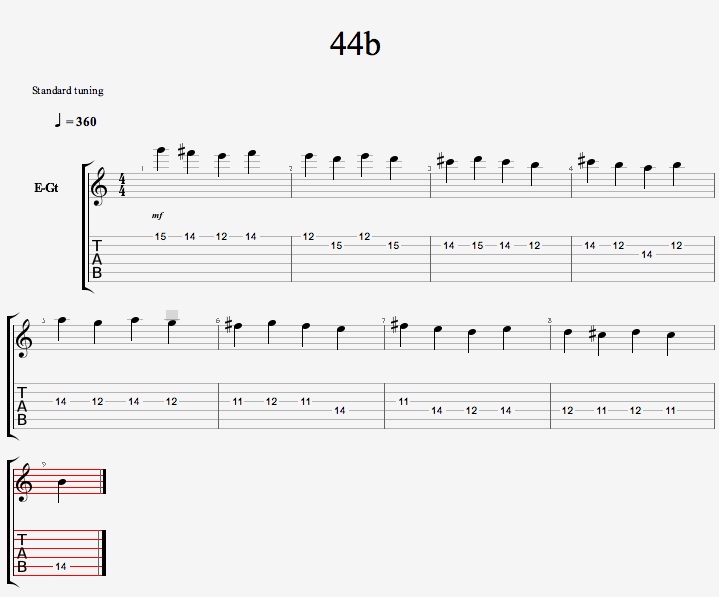 Playing/Shredding/etc. is only half of the equation. Technique alone won't save you, you need to be able to play well but it's critical that you learn to play well in a musical context. Lead guitar without music behind it can be great, but it's often even better when played with and against actual music. Try to use the B MINOR Scale shown on the guitar diagram below and improvise a bit of a solo over this backing. The scale is just to get you started. It's really just a chance to try to play a bit of a solo.

Here is the extended B Minor Scale.