Duane Allman was an American slide guitarist. He is ranked 2nd in the list of the 100 greatest guitarists of all time, in the Rolling Stone magazine. This is right after Jimi Hendrix. Duane was such an amazing musician due to his great slide guitar and improvisation skills. He got one of the best tones there ever was. 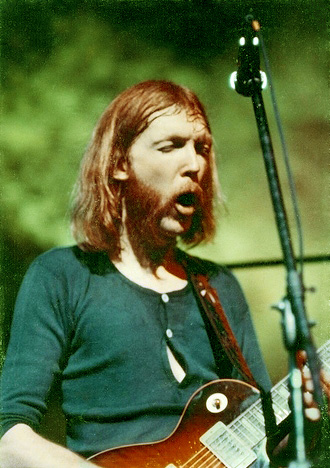 Duane Allman is born in Nashville. He was born to be a guitarist. After seeing a concert of B.B. King he started playing. He never stopped playing, jamming for hours and hours.


At first, the two Allman brothers (Duane and Gregg) formed a band called Allman Joys. Later on this band became Hour Glass, a blues oriented band. This wasn't a very succesful part of his career.


Duane joined lots of famous musicians during his life.
After being a session musician he started The Allman Brothers, a very succesful blues band.

Duane Allman died in a motorcycle accident. He died at the age of 25.