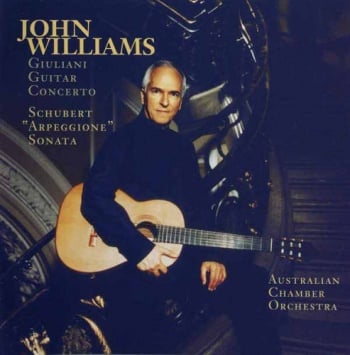 John Williams is a classical guitarist of note and should not be confused with the other John Williams who composes music for countless movies. John is probably best known for his version of Cavatina played on classical guitar which was a massive hit and was used as the theme song to the film The Deer Hunter starring Robert De Niro and for his work with the rock/classical fusion band Sky.

John was born in 1941 in Melborne, Australia. His father originally from England was a respected Jazz and classical guitarist. John was taught guitar from about the age of 6.

At the age of 11 John relocated to London where hi father Len set up a sucessful guitar school. Through this they met Andres Segovia who was impressed with John and arranged for him to attend his summer school at the Accademia Musicale Chigiana di Siena in Italy. John returned annually until 1959. Segovia said of Johns playing, "God has laid a finger on his brow".

Between 1956 and 1959 John attended the Royal College of Music in London, where he studied piano and music theory. He was unable to study guitar at the RCM as they did not have a guitar department.

Throughout the 60s and 70s john worked extensively. Touring the world with solo recitals and recordings but increasingly he worked with others extending his repertoir from purely classical. He explored jazz, folk and even pop. Notably he worked closely for a period with Julian Bream anothe British classical guitarist. He also collaborated sucessfuly with Andre Previn, Jacqueline Du Pre and Cleo Lane.

In 1979 he released Cavatina as a single. It was used as the theme for the movie The Deer Hunter. It reached no. 13 in the UK pop charts.

In 1979 John became part of SKY a classical/rock fusion band. Joining Join in the group were,

Herbie Flowers on bass. Herbie was a respected session musician and had played in T Rex with Marc Bolan and also toured with David Bowie on the Diamond Dogs tour. He played on several hit recors for example by C.C.S., Lou Reed, Nillson. He also says he played on thirteen thousand flops


Francis Monkman on piano and keyboards. Another session musician and ex member of the band Curved Air.


Tristan Fry on drums and percussion. Tristan was a much sought after session musician and clasical percusionist. He had worked and still works with The Acadamy Of Saint Martin In The Fields Chambre Orchestra in London.

Kevin Peek on guitar born in Australia he worked mainly in London as a successful session musician much in demand he played with many artists.

Sky released 8 albums and various comilations and "best of albums"

The first two SKY and SKY 2 were most successful.

On leaving SKY John returned to his work in classical music. He continues working today on a large number of projects including, recitals, collaborations and movie soundtracks. 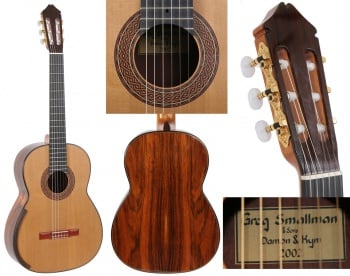 In the early part of his career John used guitars made by IGNACIO FLETA. A 1961 example of these guitars used by John Williams was recently auvtioned in London and was sold for $74,000.

Since early in the 1980s John has used custom made guitars by Australian luthier Greg Smallman. Smallman guitars are much in demand and I believe there is a long waiting list to obtain one. John chooses these because of their excellent treble response. This is achieved by using an extremely thin top (cedar in the case of guitars used by John Williams), which is supported by a lattice-style bracing system made of balsa wood and carbon fibre. The back and sides are laminated rosewood and are very stiff which helps achieve good volume and bass response.

With Sky I believe he used an Ovation nylon string.

Johns recordings are too numerous to list here. For anyone interested the complete listing can easily be found elsewhere on the www. Listed below is my choice of noteable recordings and recommended listening. 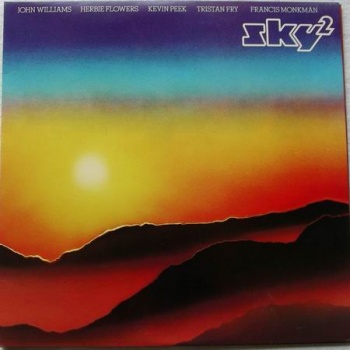 Lots of classical lessons on GMC in the Classical Section but check out the following: